The home according to John Waters 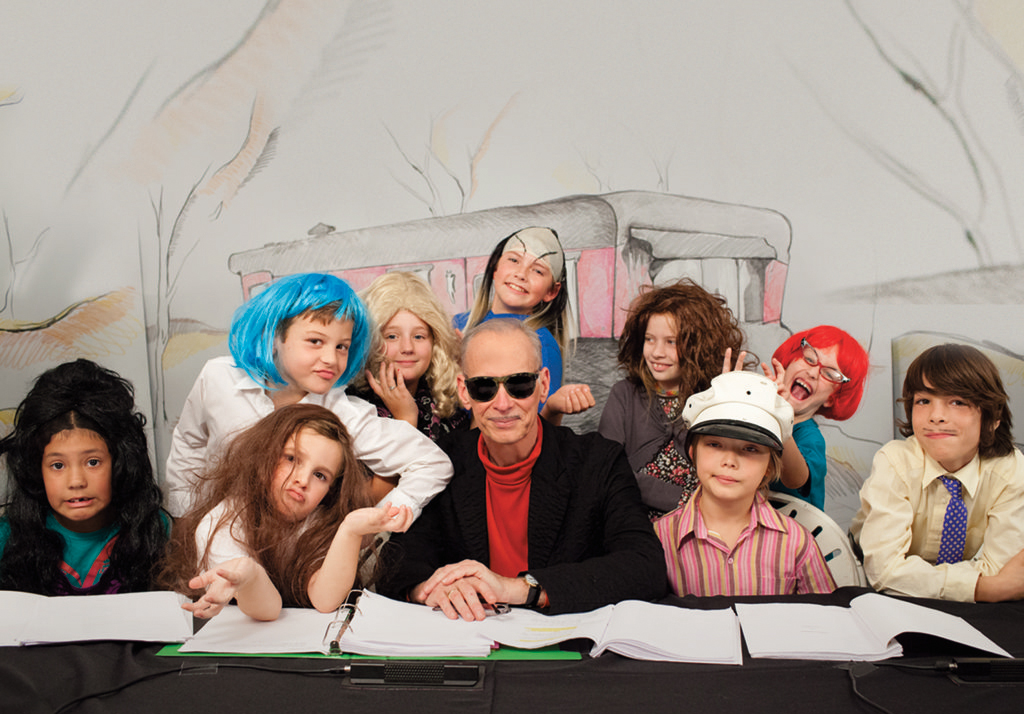 How important is the idea of home in your movies?

It is important! It’s very important because it reveals the taste of my characters. To me furniture is more a reflection of humour… I don’t live like my movies. When people come to my house they’re always shocked because I have antiques, rare rugs and contemporary art. They think I’m going have ’50s, modern, collectable stuff, but I don’t have them. It seems what people expect when they come to my home.

Do you design the interiors for your films?

No, I have somebody named Vincent Peranio who has worked with me from the very beginning, doing all the art direction for my movies. He did it in Pink Flamingoes up till Serial Mom, and also for the TV show Homicide, so he’s done a lot of movies. We talk about it, we have meetings beforehand, but now we hardly have to say anything anymore. He knows what I like, he really knows it well.

So you choose the colours and everything …

Yes, in the old days, in the early movies, we went shopping together. He still shows me drawings and that kind of stuff, we’d even go shopping during Serial Mom … but he certainly designs all the things that come up.

I certainly do, yes. I don’t know a huge amount about it but in America it’s all the rage: people fall to their knees in front of it and pray to it, in some stores certainly. It’s something huge in America right now: the most collectable thing. It’s the thing, the kind of look that every young, smart kid wants to have in their apartments today.

I don’t dislike it at all, but I don’t personally have it. I mostly have antiques and… my favourite kind of thing would be one of the most hideous Jeff Koons pieces next to the likes of a Chippendale couch…

So what’s our home like, the one where you actually live?

Well, I really have two homes, because I live in New York, but my house in Baltimore is my main one. It’s a sort of European looking house, from the outside. It’s got four floors, it’s very homey, it’s mostly books. Every room has a huge amount of books in it, and a lot of rare rugs. It’s mostly antiques but I also have contemporary art, and then I have an electric chair in my hall! I’m so used to it, I put the mail and my coat on it. It was made for one of my movies and it’s an exact replica. You know, it’s sometimes good for the phone man or somebody else. You should see their faces … they do the job quickly and get out. “Have a seat, please!” (laughs)

Is it true that you bought the house that used to scare you when you were a kid?

Well, sure. I went to a school very near to this house and it looked kind of like… I called it Dracula House. It was never for sale. After many years I went there, and out of the door came this woman: “Oh, you’re John Waters!” She recognized me. And I said: “Would you ever sell me this house?” And she said: “Maybe”. I nagged her for five years, and finally I got it.

Do you think you’re a kitsch artist?

Kitsch to me is… an old-fashioned word. To me “trash” or “filth” would be much better. To me, kitsch sounds be like “a kitsch cupboard”, a word from a 30s musical, a Rita Hayworth’s movie. “Trash” is more aggressive, it’s meanier and funnier. Trash is beautiful to me because it’s really looking up to the subject matter, it’s not making fun of it. I really do envy people who have that taste because it’s freedom, the freedom I don’t have, not to care what other people think. I respect people who really have pink flamingoes on the front door. They’re not doing that for irony. I don’t like yuppies who do it because they’re making fun of it. I didn’t ever try to make fun of bad taste. I’m amazed by it, but I don’t make it looking down on it.

Would you allow a magazine to publish an article on your house?

No, it’s the last privacy I have left. When I was young, Divine* and I used to read your kind of magazine and plot how to rob the houses: “Do they have that painting? That’s where it is!” “You see the security locks on the windows… Look at the burglar alarms!”

* the tranvestite actor starring in most of John Waters’ movies. 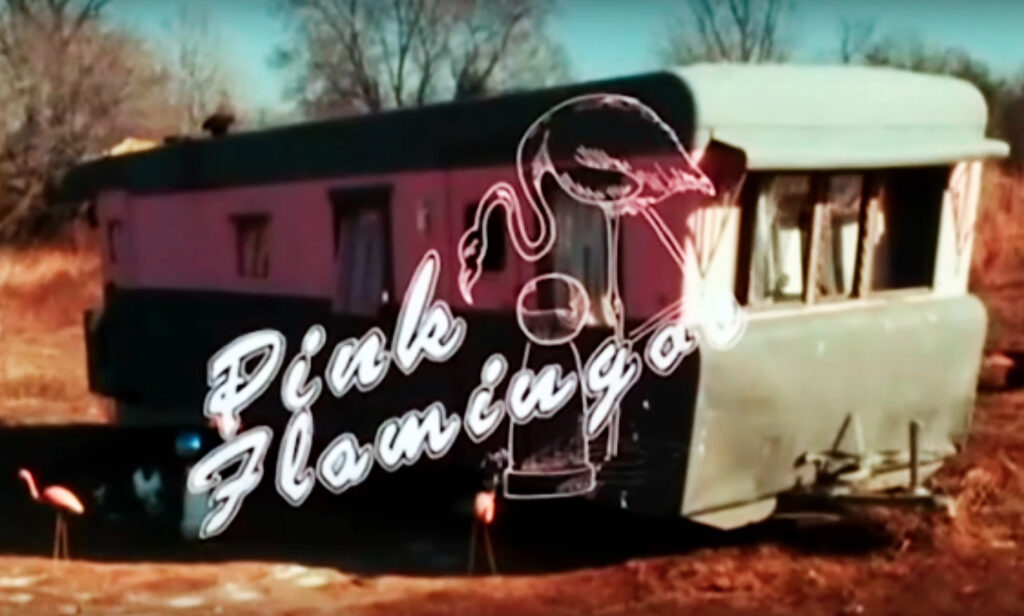 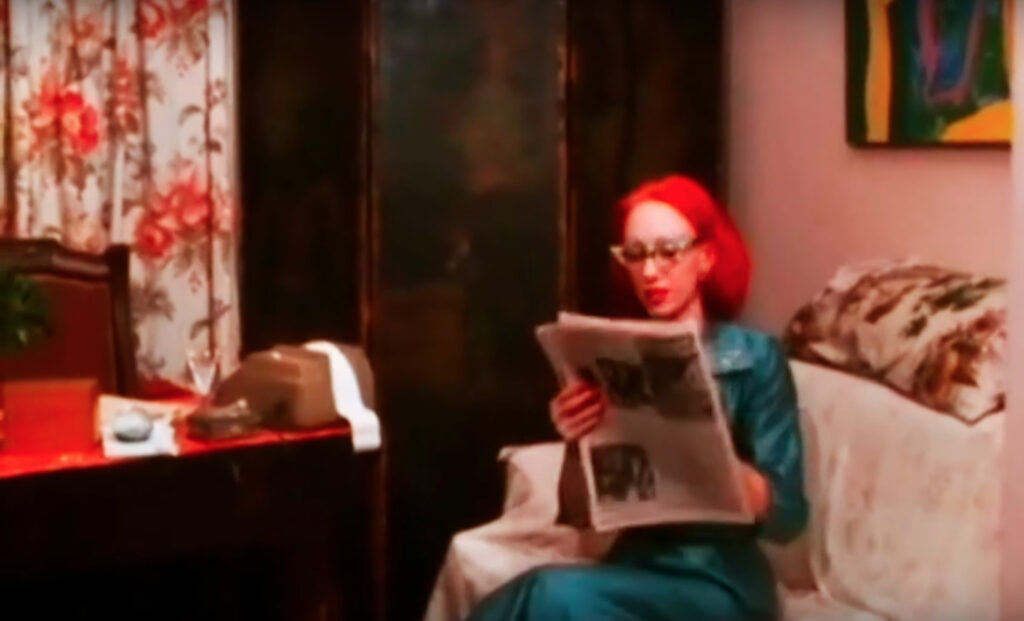 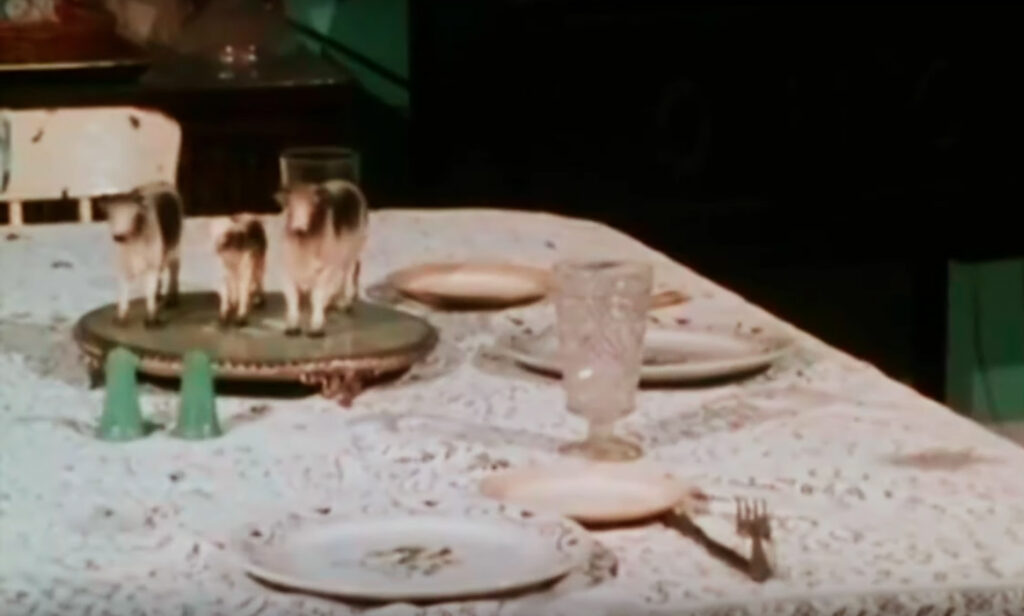